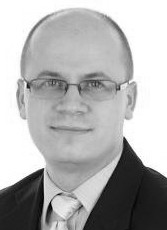 Marius Alexa is the CEO of the media company Arhipelago and an established name in entrepreneurship in the north-east region of the country. He stood out through his active involvement in the development of the national business environment, especially by means of promoting online tools that aid entrepreneurs, among which is the online portal Finantare.ro

He has successfully managed to bring together business communities from several cities, creating national networks of entrepreneurs and companies. He has founded and supported many NGOs and think-tanks that have a great impact on the local and national development. In 2010 he was the president of JCI Romania, and since 2011 he is the president of APEC.

Marius has undertaken activities in numerous fields, among which we mention entrepreneurship, management, training, University professor, speaker, political leader, NGO leader, and, last but not least, an organizer of business conferences.